Why many gut strings factories closed after WWII 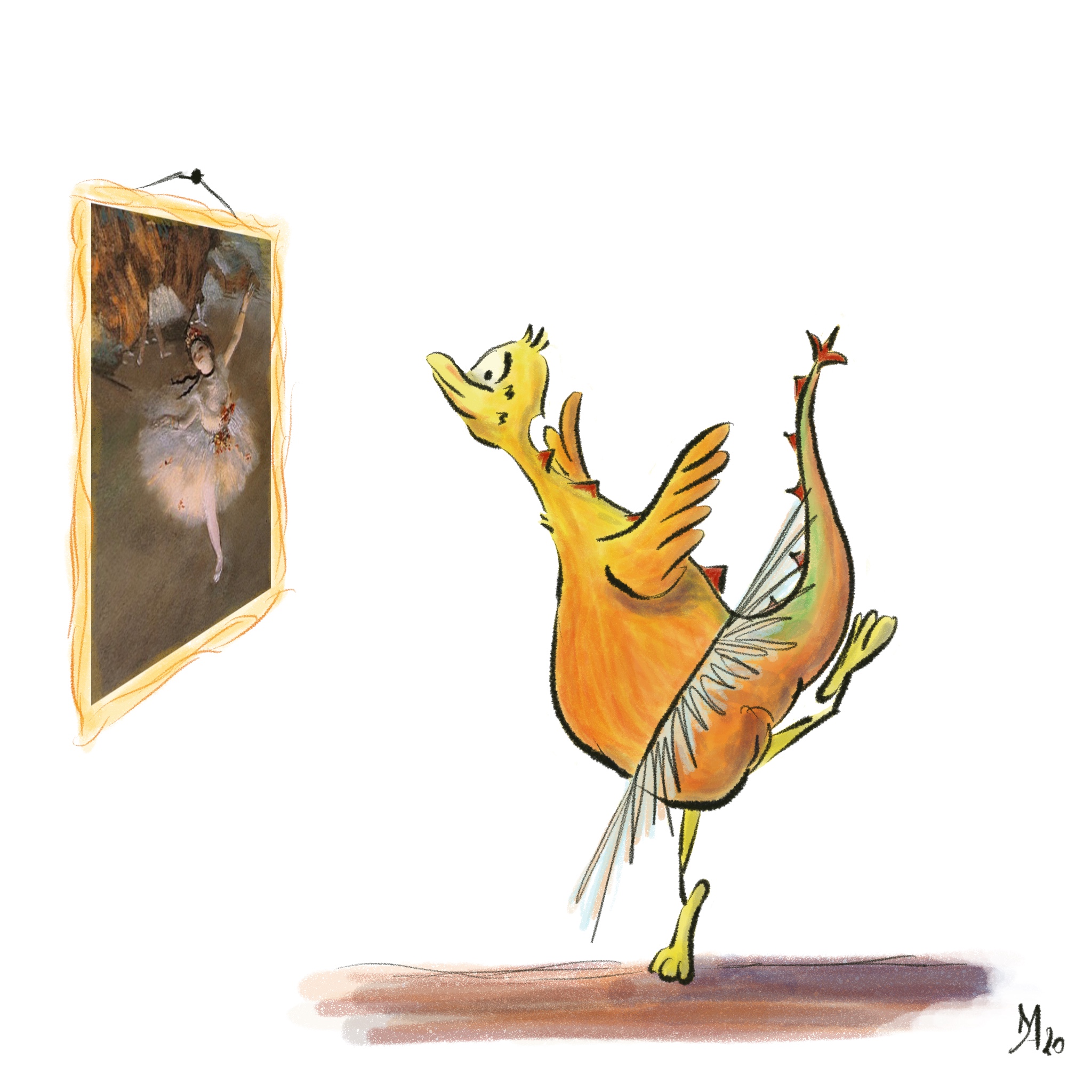 It was in October 2006, that I found myself sitting in a living room in Naples, thinking I was there just to take notes during a technical interview on string making... instead, that was the beginning of my research.

The old man sitting in front of me started narrating: "My name is Astro, as the star"... 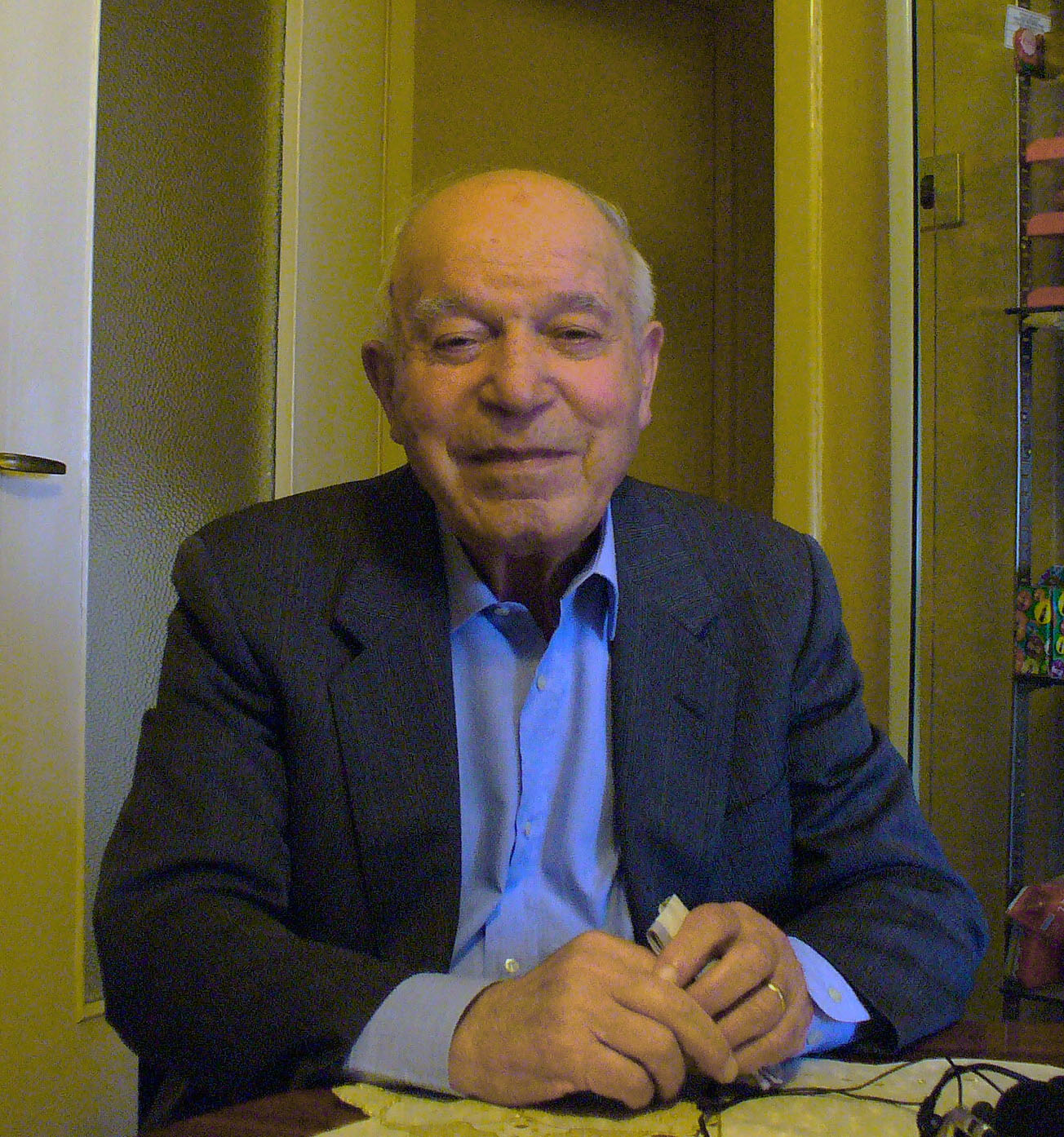 On that day, Mimmo Peruffo (my former partner) and I for the first time clearly felt the urgency of the research about string manufacturing process in Italy. We realized that the old Italian string makers were still living, still there to tell... we didn't expect in the narration the recurring terms like the one used by Griselini, the Italian translation of the Encyclopaedie by Diderot and D'Alambert... we expected to be there to visit an old factory almost abandoned and maybe to buy some old machinery...

We planned to research in the village of Salle, to go there and interview people. I took notes, merely technical notes on how to prepare the "Tempra", how many days to do "Scarnatura" and "Passaggio a Ditale", we didn't understand what "Raggiunta" was about...

One year later we received a letter: it was the memories of his working life.

Here below is the translation of that letter. This will be a long post, worth reading until the very end if like me you love history and real-life memories. Astro Di Russo was born in 1920. 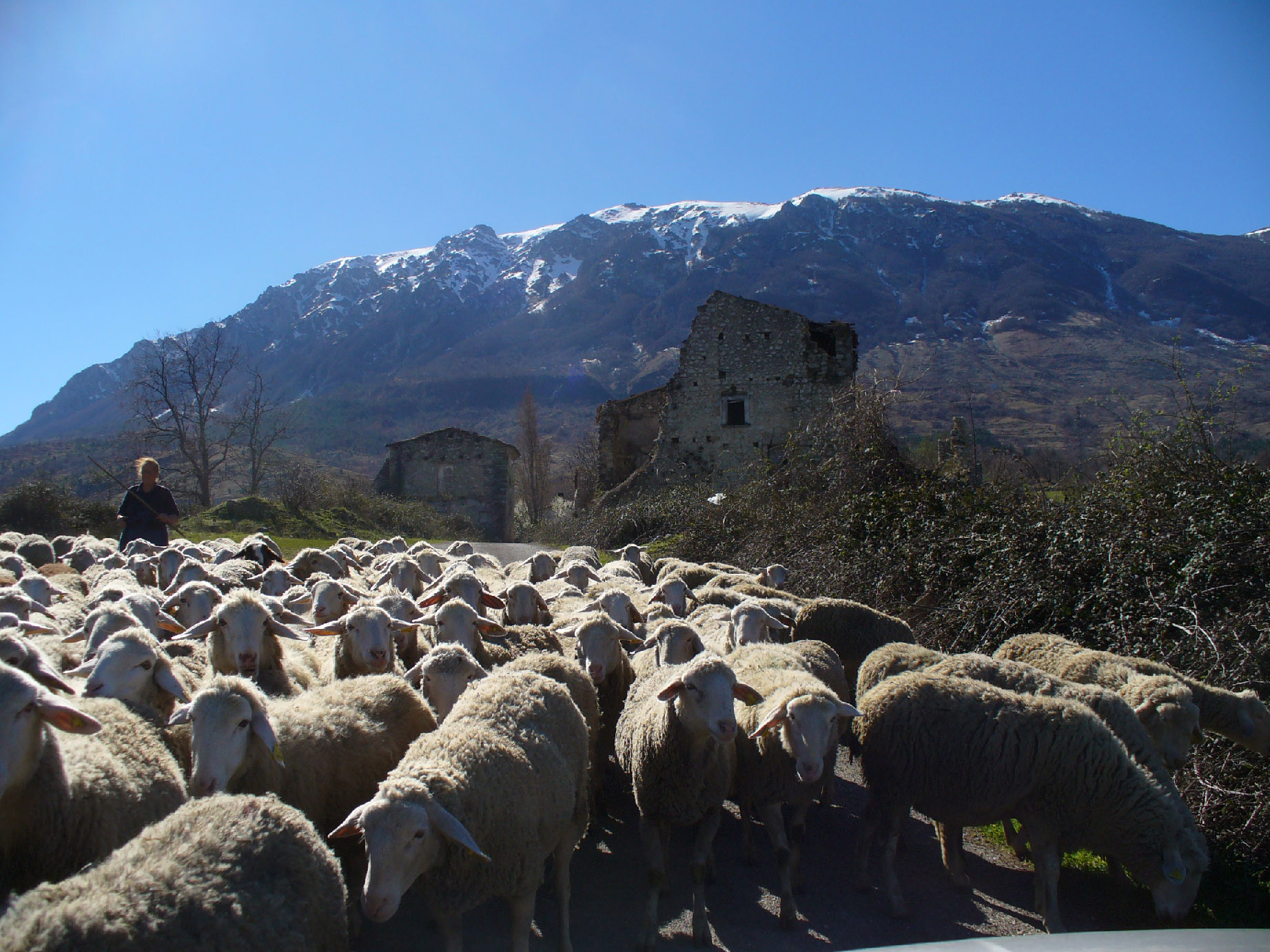 At the beginning of the twentieth century, Salle was a very different village from the one we can visit today: a couple of thousands of people lived there, usually occupied in agriculture and pastoralism, so the art of string making was a pride factor for the "Sallesi", the inhabitants of Salle.

The most important factories were those that produced catgut surgical floss, such as Eduardo Pistola, Francesco Di Monte, D'Addario and Lattanzio who provided the Milanese Serotist Institute since 1915, while Carmine Di Virgilio provided different markets.
Nicola Di Russo (my father) and Donato D'Orazio both produced gut musical strings, Roberto Salerni, instead, weaving ropes 25 meters long.
These small businesses were all family owned and employed altogether about fifteen workers.

In the early 20s, there was still no water network, and I remember that my mother often went to the river to fill a bowl with about 20 litres of water bringing it on the head. This water was used to prepare the "Tempra" in a 400-litre tank. 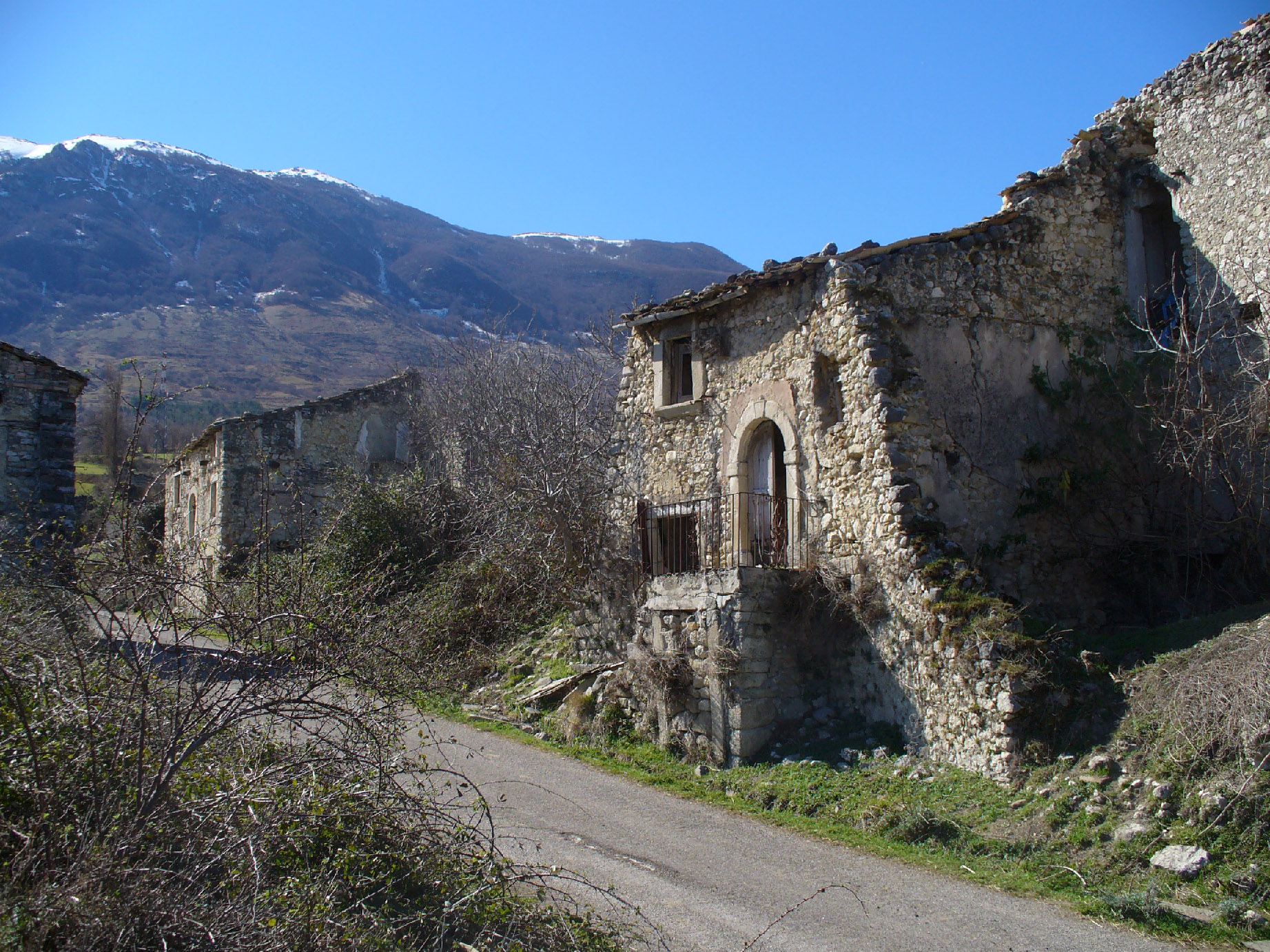 Today Salle counts 297 inhabitants (source Wikipedia), the great majority of them aged and retired. No schools, only the cafè and the elderly people's recreative space where they play cards and bowling.

Gut strings making (even though not for musical use) was a pride job between shepherds. When we interviewed the old surviving string makers, on the contrary, some of them were ashamed of their poor origins and proud of their sons and daughters who could study and free themselves from that smelly job.

I think that the business listed were employing 15 workers each, not altogether as written.

Between the river and the old village of Salle is at least 400mt of deep escarpment, something you wouldn't like to go up and down 20 times a day with a 20 liter bowl on your head... 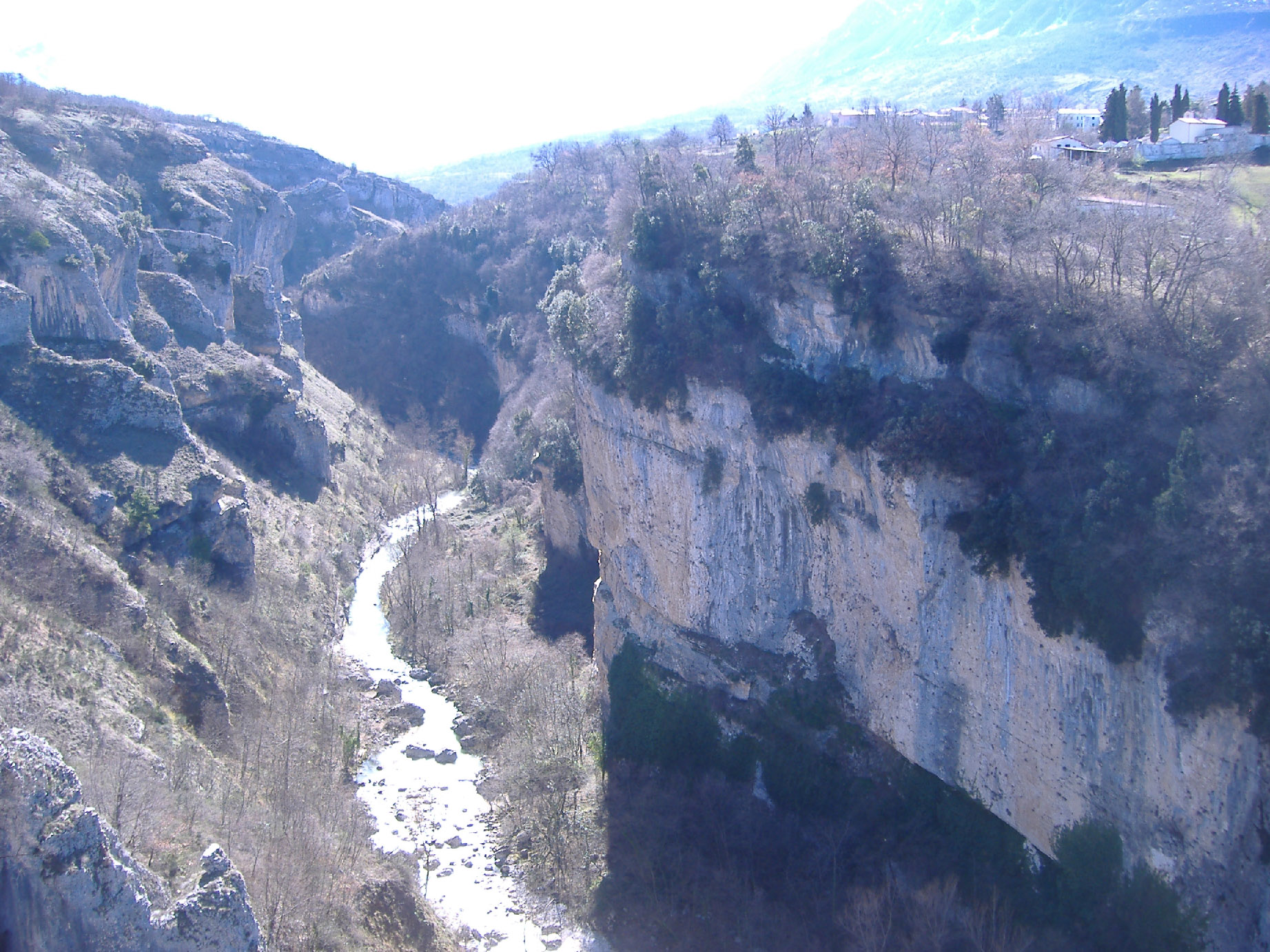 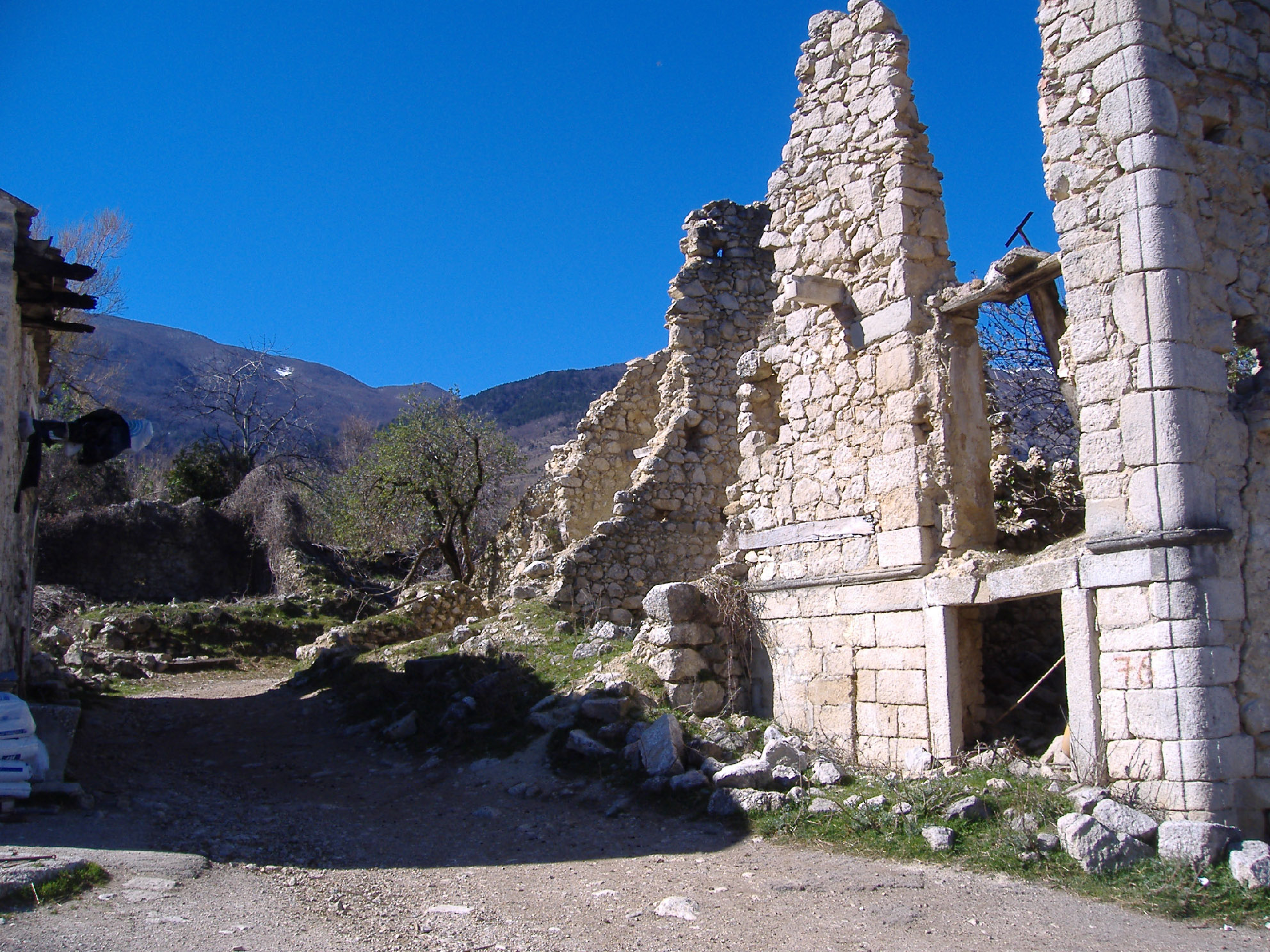 The earthquake of 1932 was the beginning of the decline of the village, that had already been undermined by a terrible landslide. Slowly Salle slid towards the underlying Orta river to become the ruin that still can be seen today.

I was 13 that night, I was in bed, and I remember my father's attempt to save me by picking me up, but with no success,
because I had already run away from home.

Salle Nuova was rebuilt in 1933 on the hill that is hosting it now, and the first residential units were erected in the record time of one month.

I followed my studies until I was 16, then I started helping my father, but the earnings were so tiny that I took a day job at the Council office with a monthly salary of 130 lire, without neglecting my father's company, and that's how I started producing weaving strings and timepiece strings. 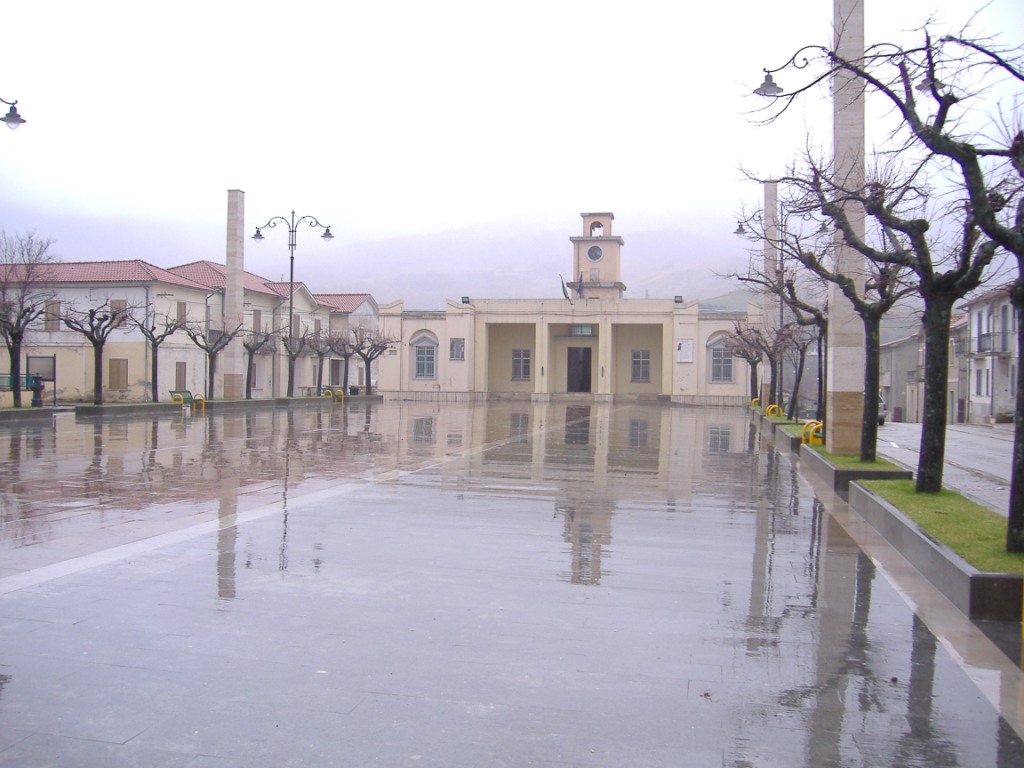 Enter your We are following the narration of a man who studied enough to get a good job in an office and had the mindset of an entrepreneur. Someone who had many projects to realize and who could see the value of collaboration in a village where, on the contrary, everyone was jealous of peculiar craftsmanship (which, actually, shared with all the others).

From 1940 to 1945, during the War, the only active factories were the surgical catgut floss ones, and at the end of the War, I resumed the production of strings for guitar and mandolin with 5-6 boys …

Between 1952 and 1953 I started myself the production of catgut, the first supply of which was for ASTRA (Sweden). Having the feeling that this market was on the rise, I tried twice to have the various small producers of Salle collaborating with me, but without success.

Since in Naples many sheep were slaughtered, four Sallese Families had moved there: Morante, Di Russo (my father's cousins), Colangelo and Di Benedetto were producing excellent harmonic strings. However, in the 60s, this type of raw material saw its decline and was replaced from the bovine. Not having updated with new technologies and new culture, the old artisans found themselves increasingly marginalised, until in the 80s almost all the small factories in Salle closed their activities. 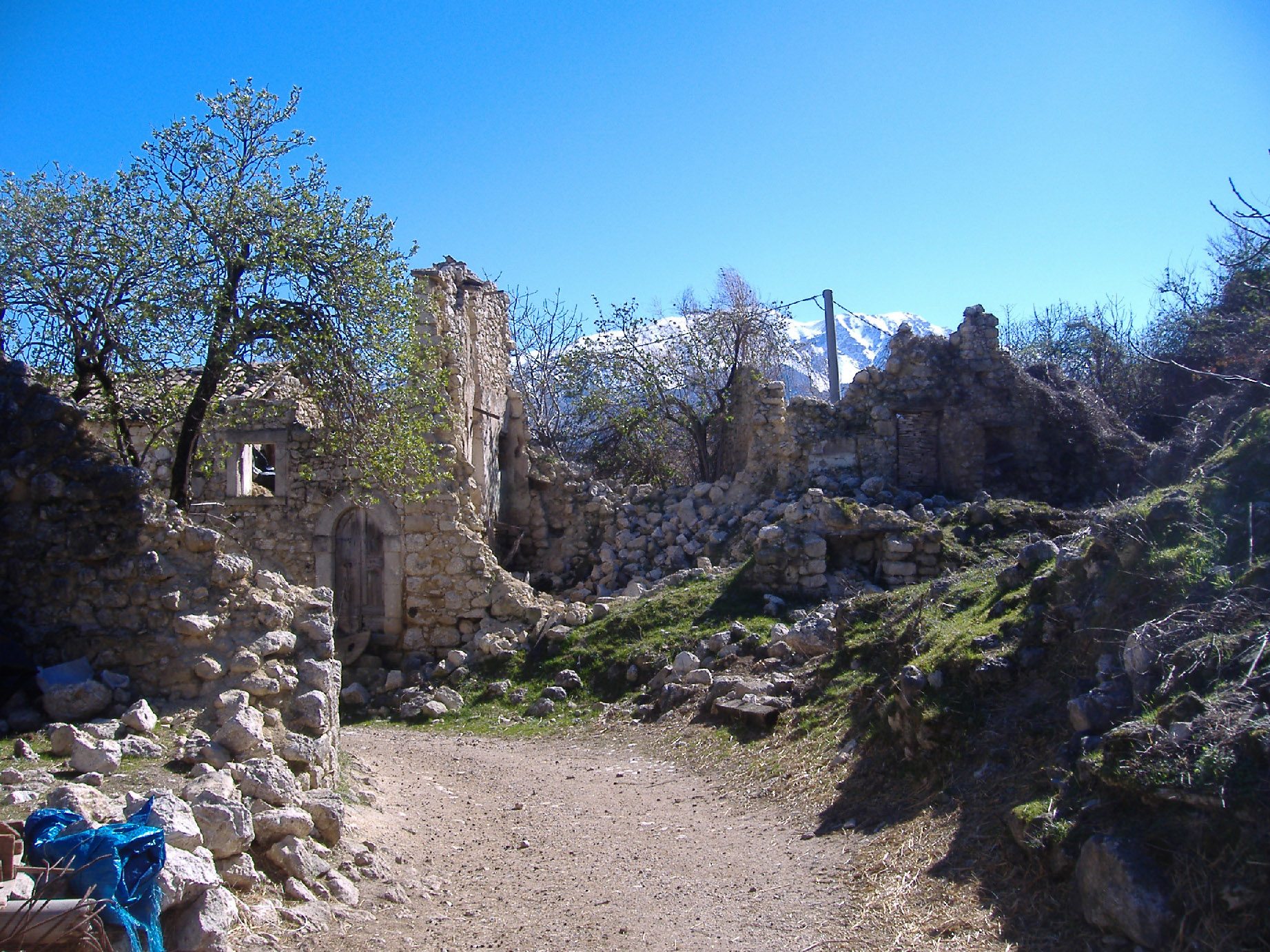 The pictures of this article are from my first visit to Salle, February 2007. The old Salle, the new one, and the escarpment with the river Orta at the bottom of it. 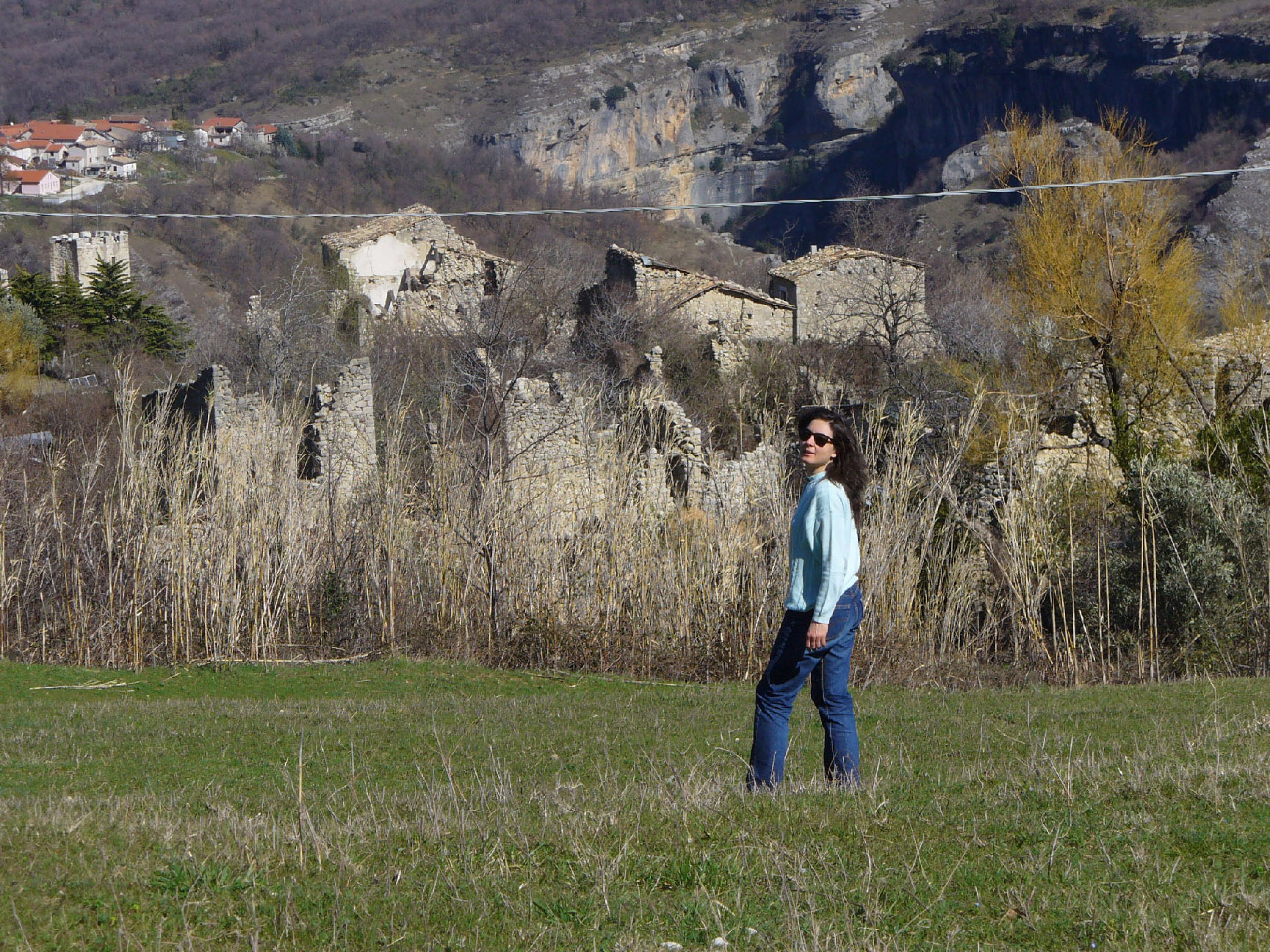 In the videos below (only in Italian, sorry) some old string makers from Salle are interviewed about the earthquake, the life in the village, their conditions. In the second video, Colangelo's descendant is narrating his memories about string making in Naples.

Why many gut strings factories closed after WWII