The oldest certified violin String in the World 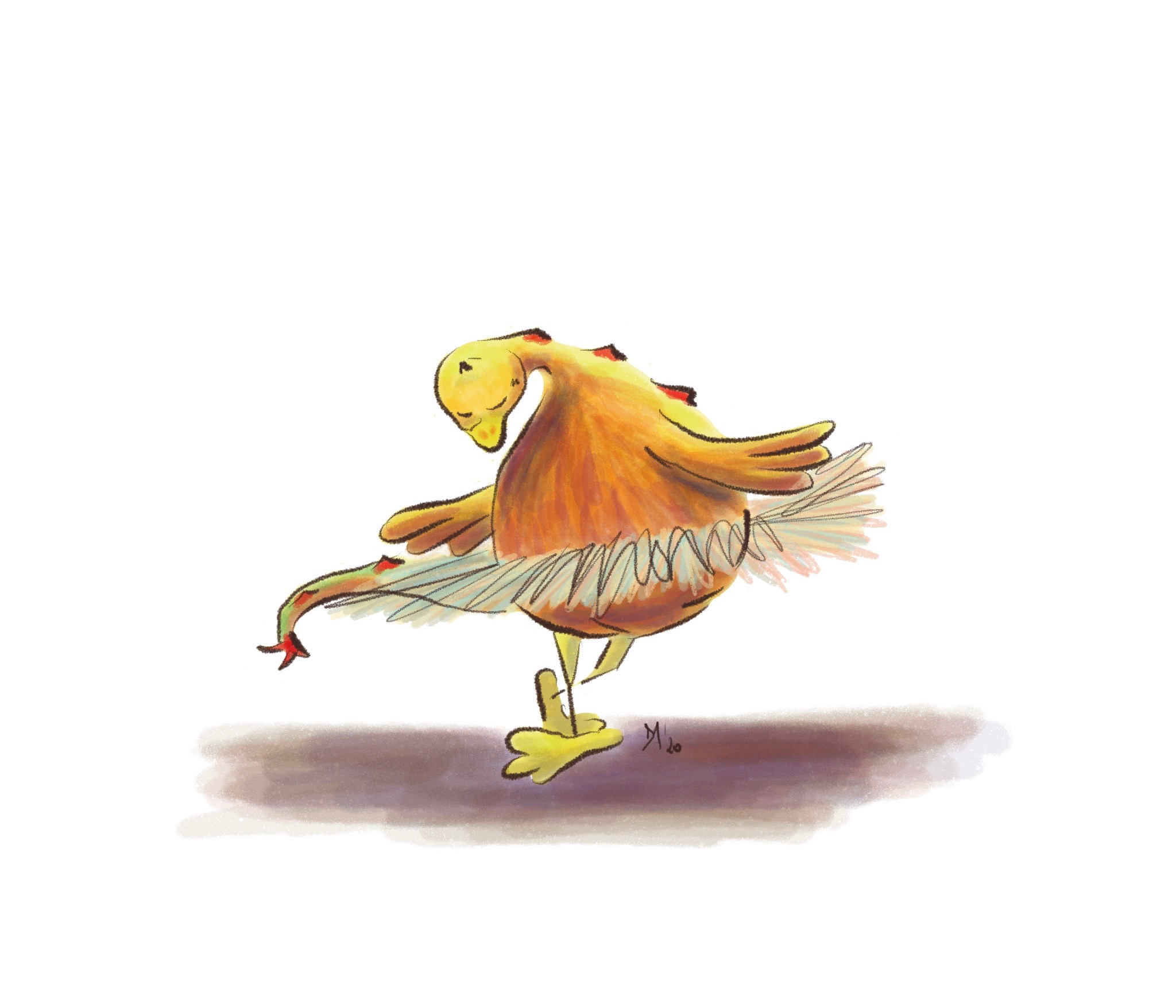 The oldest certified violin String in the World

It was far 2005 when Mimmo Peruffo received a call to go to Leipzig Museum and of course, I took the occasion to follow him: there they had found a string certified from 1594, the lower of a three strings piccolo violin...

Let's make a step behind: in the Dome of Freiberg, it was decided a restore of some statues of musical angels. These statues were at 12 meters high from the floor and were hardly visible in details. The records of the cathedral dated them as first installed in 1594, and then, in the 60s of the 20th century, being "restored" by spraying them with some gold varnish.

When they had the statues in their hands, the restorers were astonished noticing that the musical instruments were not part of the sculpture, but they were true musical instruments, in the hands of the statues, and they had strings. Unfortunately, most of those strings were replaced in the 60s with electrical copper wire. But one still remained.

The lower string of the piccolo violin was still a gut string, presenting its surface entirely covered with the original gold leaf from 1594.

Naturally, the hope of Mimmo was to find an original loaded string, but this was a perfect joke to him: a string covered with gold leaf and sprayed with a gold and copper varnish... anyway, it was clear enough from the beginning that it was not a loaded, and also that it was not a particularly notable string. Probably a cheap string from a local market, as all the instruments seemed to be.

They are not good manufactured instruments, they are quite popular, some of them look roughly finished like they were made in the hurry of installing on the statues for a precise date.

Anyway, being there, in front of such an old string, was one of the most exciting and touching moments of those years. We could do nothing more than looking at it, being the curators of the project and of the museum correctly severe for the maximum preservation of the historical find. 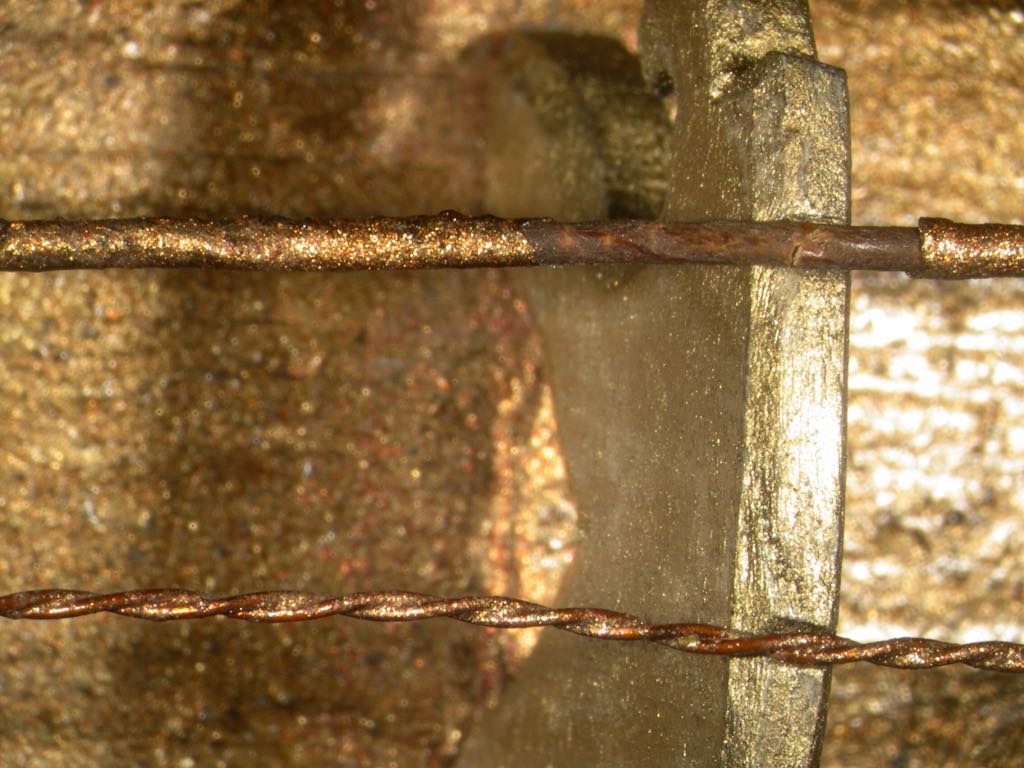 The project of the Musical Instrument Museum in Leipzig was that of creating playable reproductions of the instruments so to have a consort to play period music on them. This consort was conducted by Susanne Scholl.

They gave us the pictures of the string, with the promise of keeping it as a personal secret, as they were to publish a big study about the whole project. After so many years, I realized that I have never seen this picture published. Maybe at the end, they didn't think it was so remarkable. So, I thought that publishing it couldn't do any harm, maybe it could raise the curiosity again for that wonderful astonishing project.

The following pictures are from the book "Wenn Engel Musizieren", Verlag Janos Stekovics, 2004 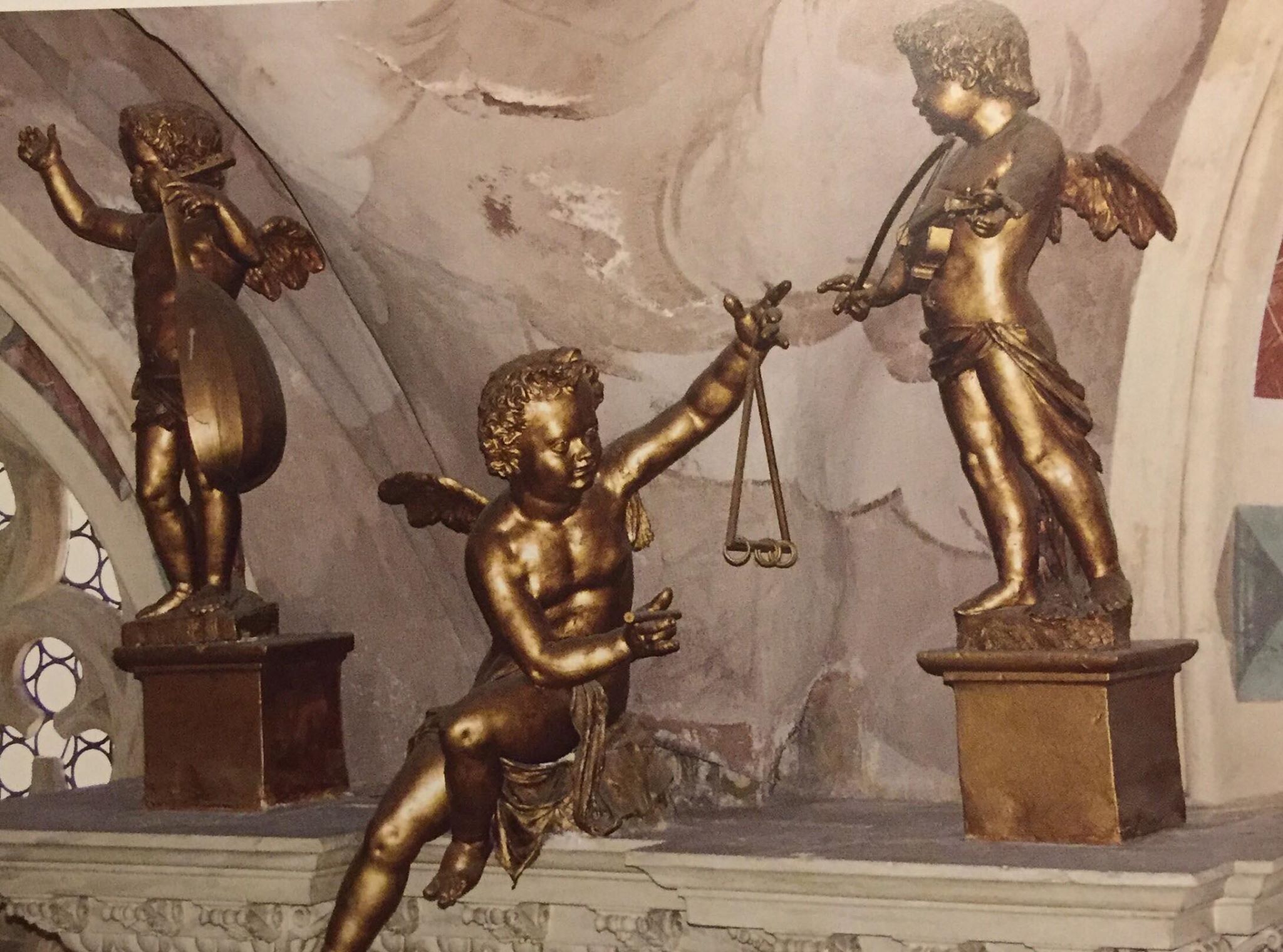 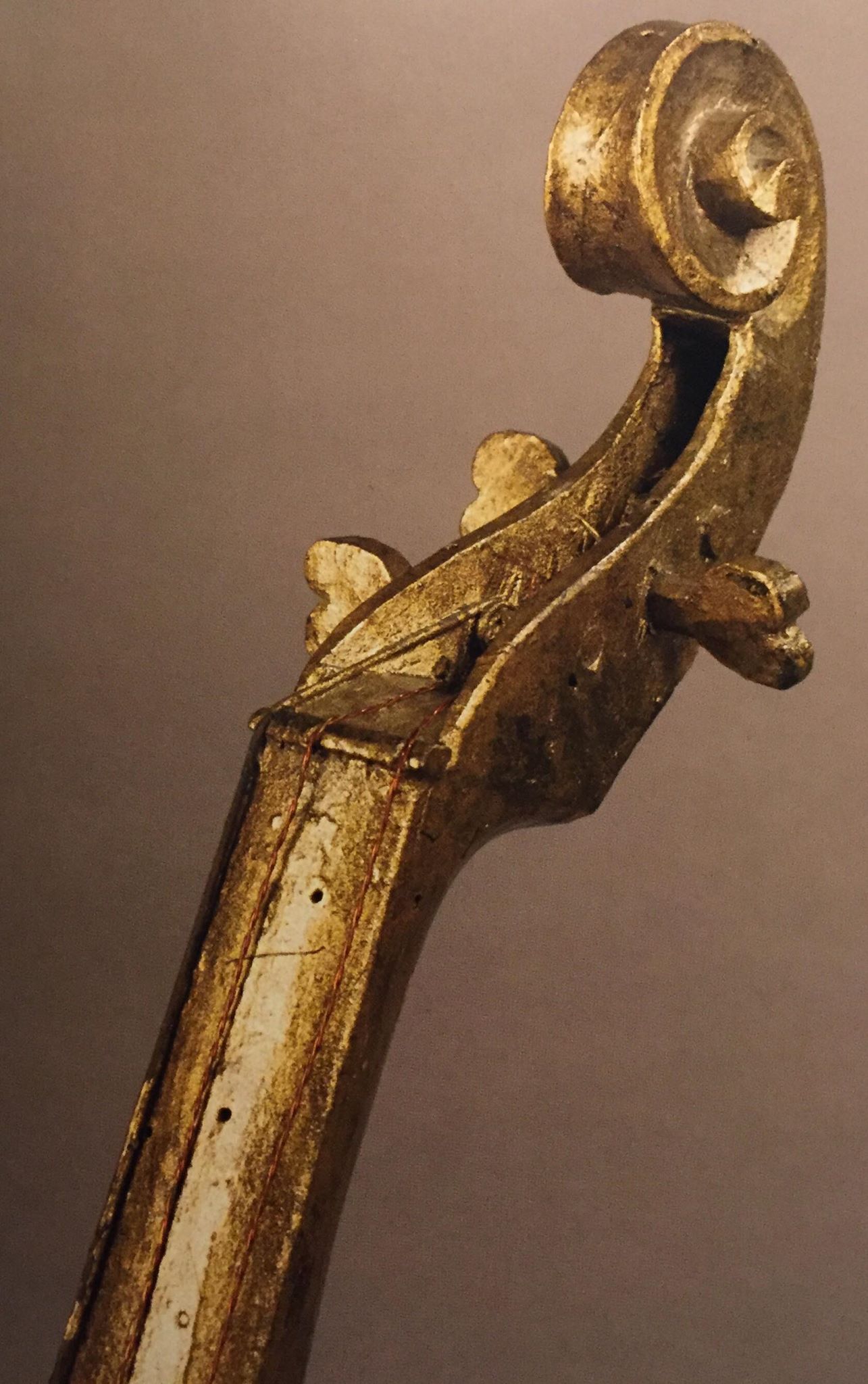 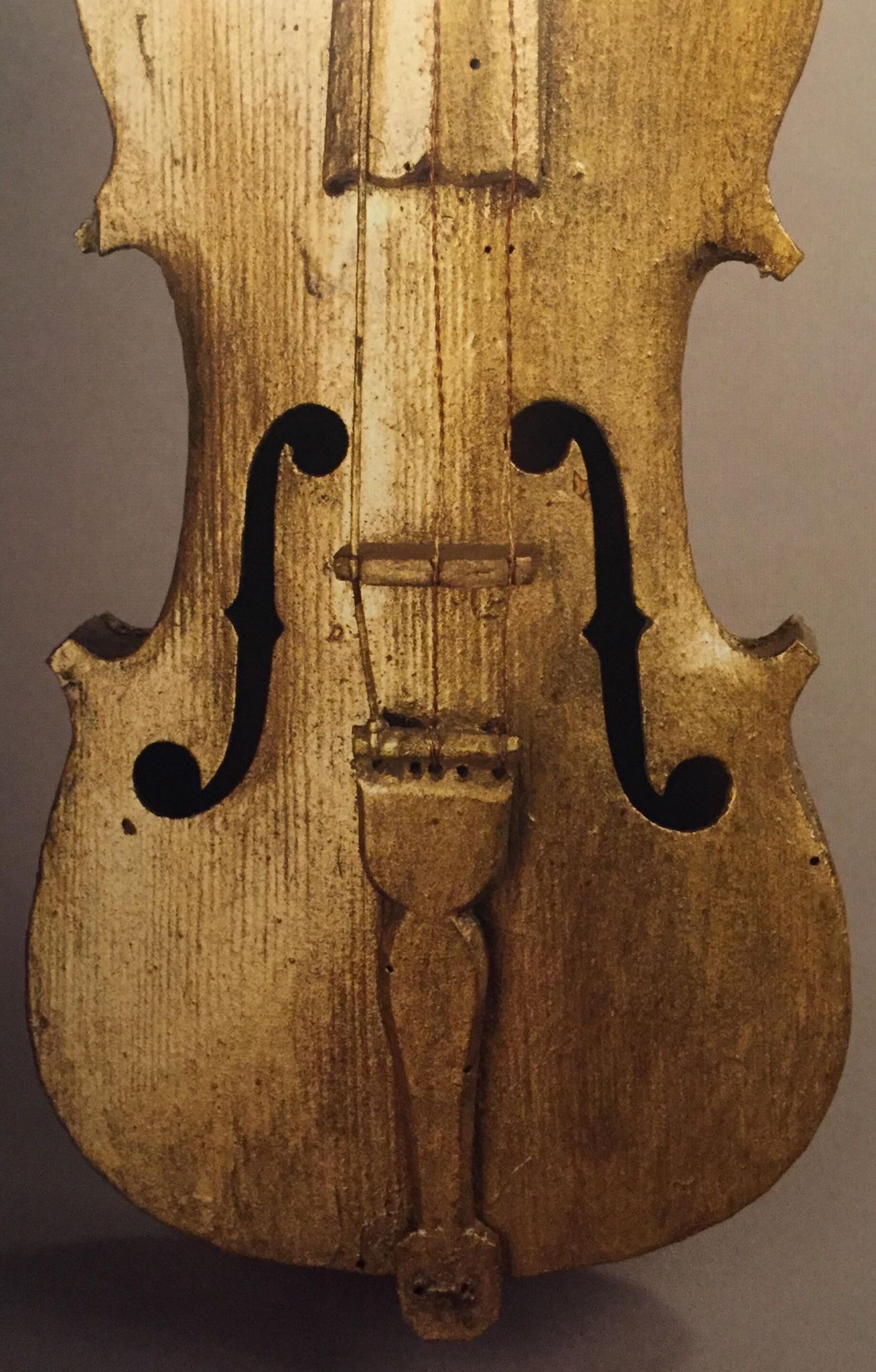